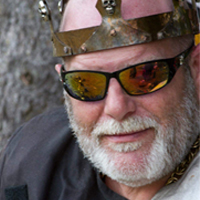 Bear was a tinkering enthusiast. He took on his fair share of DIY projects, even though most of them may have not been by his own choice, but that of the girls in the house. Not one was too ambitious for his workbench. Ask him for a flashlight and he would come in with ten different variations so you could pick. He had every kind of gadget known to man and even in that huge garage, he knew exactly where each item or tool was. Most days you could find him reorganizing his workplace. He was a hard rock guy all the way; blasting Pink Floyd and AC/DC. In the summer months it could be heard from around the block. Always accompanied by his obnoxious singing and air drumming.

One of his favorite movies was Armageddon: the big guy cried when Bruce Willis kissed his daughter goodbye every time he watched it.  If that wasn’t on he’d be watching cooking shows, Braveheart, Marvel movies or Avatar; “Have you seen The Rock?”.

His favorite holiday was definitely Christmas;  countless hours were spent making the tree perfect and the ornaments strategically placed. He sure knew how to build anticipation with his girls Christmas morning. With the presents hidden away behind pocket doors, he’d take his time enjoying his cigar and a cup of coffee before letting the girls get a look.  The tripod was always set next to his chair for many years to record their first looks. His drink of choice was Bourbon and Coke, but you’d often see him sitting in his chair sipping on his signature Smirnoff Ice.

And, of course, he was more than prepared for the Zombie Apocalypse.. Supplying the whole family with their own ‘bug out’ bags that needed to be in the car at all times. As of late, he was starting to warm up to the Eagles, cheering for them in their Super Bowl victory, but his heart was really with the Chiefs. I swear they could hear him yelling all the way in Kansas City: “Go Baby, Go baby, Go baby, Go!!!”

He’d meet a lady named Deann and become her knight in shining armor; literally.  They were both active in the Society for Creative Anachronism, a Medieval reenactment organization. A man of his stature could really only be a knight. He is remembered just as he was to those throughout the society, bold, loyal, and funny as hell. A Pennsic (or any camping for that matter) was not complete without his famous Apple Pie or stories told under his awning in his big chair.

He is survived by two daughters, Anastasia Lindenman (Brandon) and Margaret Rose and grandchildren, Raina and Ronan; his in laws, Tony and Roseann Marino and siblings, Susie Fudge (Gary) and Stephanie Detchemendy (Daniel). 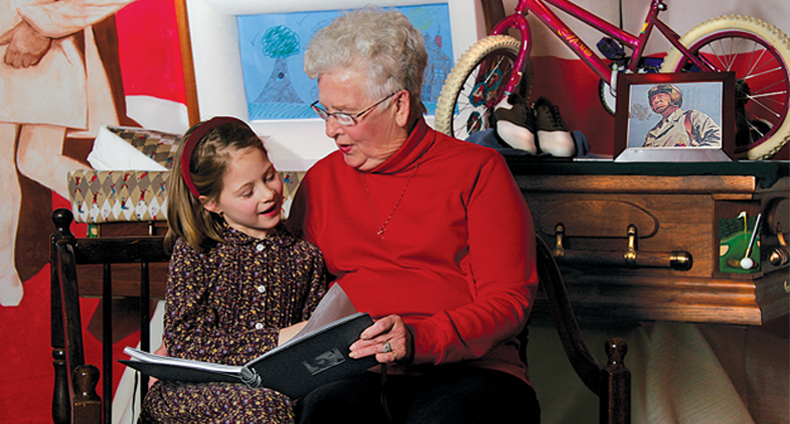