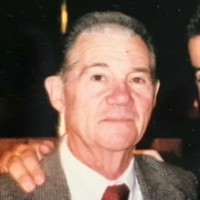 Nick had a magnetic personality; that kind of guy who makes friends everywhere he goes. He had a thing for the cars (49 and 55 Buick super), spent many a day on the links (shot in the 70’s and was a member at Medford Village and Burlington Country Club) and had season tickets for the Eagles. Nick was an old school Italian; as strict as a dad as you could ever find, but he raised quality kids. Of course, that changed when the grandkids arrived, and he became spoiler in chief. He was into staying fit long before that was a thing: even in his later years he entertained the grands by having them sit on his back while he did push-ups. Earlier years found him working as a manufacturing manager for RCA and he served our nation in the Army.

The East Camden boy would meet a South Camden girl. Nick and Anna (nee Russo) knew each other from when they were teenagers; they shared a 65 years marriage that was blessed with two sons: Nicholas (Karen) and Gregory (Dawn), grandchildren: Juliann, Daniel, Matthew, Grace, Joseph, Christopher, Helen, and great grandchild Elijah.