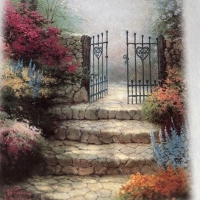 Her family always came first, doting on her kids and spoiling her grands. Jean was a Phillies fan; one who could quietly watch their games. But when she was at her grandkids’ games, she was quite a bit louder. An immaculate home is a happy home; she was one of the few of us who enjoyed cleaning. She kept her mind sharp watching gameshows and was a voracious reader; mostly mystery novels. In her earlier years she hosted all the holidays but was content to let the rest of the family host as the years went on. And she enjoyed a little travelling; as far away as Hawaii but her best trips were probably the yearly ones to Ocean City. She wasn’t one for the computer, cards being her preferred method of communicating; Jean never missed a birthday. And after her husband passed away she enjoyed many a bus trip to the Atlantic City casinos.

The pretty Delanco girl would meet a handsome Burlington boy, the late James, at the Riverside Roller Skating rink. Nuptials soon followed. Their marriage was blessed by children: Terry (JoAnn), James (Kelly), and Mark (Renu); 9 grandchildren; and 5 great-grandchildren, and several first cousins. She was predeceased by her husband James and grandson Mark, Jr.